You may have noticed that this is the year of PARENTS standing up for our children. This America First US Senate Candidate is a Dad. Matt Dubiel has been married to his wife Michelle for 21 years this July…they have four kids. Matt and his little boy Rocco made national news when Matt shared a disturbing video of Rocco being sequestered and swabbed for explosives on the way to Disney by TSA in Chicago.

Rocco was only 3 years old and in a wheelchair at the time.

Matt was seen on Fox & Friends, WGN, CNN, Headline News, and NBC Chicago warning parents to share this mistreatment and calling for parents to stand up for their children and their freedom.

This media attention caused the TSA to change its policies on children and families.

Matt & Michelle moved to Naperville in 2010 for lower taxes and “Naperville Schools”. Over the last 12 years, they’ve battled their school administration on everything from “poll dancing lessons” for 5th graders, to Disney movies shown in class, to the Illinois Youth Survey (where their children were introduced to the concept of “sniffing glue” by the school), to critical race theory and early alt sex ed.

When Naperville District 204 mandated masks and denied both medical and religious exemptions for their kids – the Dubiels hired Tom Devore to represent their children in the lawsuit against Governor Pritzker, and they won.

Since Matt & Michelle’s pleas for help from our current Senators Dick Durbin & Tammy Duckworth went un-answered during COVID, and none of the other candidates running have any focus on THE CHILDREN and their parents – Matt decided to run for US Senate to replace Tammy Duckworth, to fight for ALL OUR CHILDREN, and represent WE THE PARENTS.

Matt is an advocate for School Choice and Protecting our Children from CRT/SEL Early Sex Ed, Alt Sex Ed in school.

Matt Dubiel is a conservative candidate for US Senate to replace Tammy Duckworth. He grew up in Downers Grove & Westmont. He’s a cancer survivor. Matt Dubiel is an advocate for medical freedom/privacy and Made in America. Matt worked his way up the radio ranks starting as an intern, and now owns WCKG out of Elmhurst. Matt is about to celebrate 21 years of marriage to Michelle, and they have four kids ranging from 10-20 years old.

Matt is a fierce defender of the Constitution & Bill of Rights. Matt is running on common sense America First principles like:

If you’re willing to support Matt Dubiel for US Senate, to fight corruption from the establishment GOP and the left-wing Illinois agenda, please visit MattDubiel.com

For quick links to Matt Dubiel for US Senate on Social and online:

Here are some of our core beliefs: 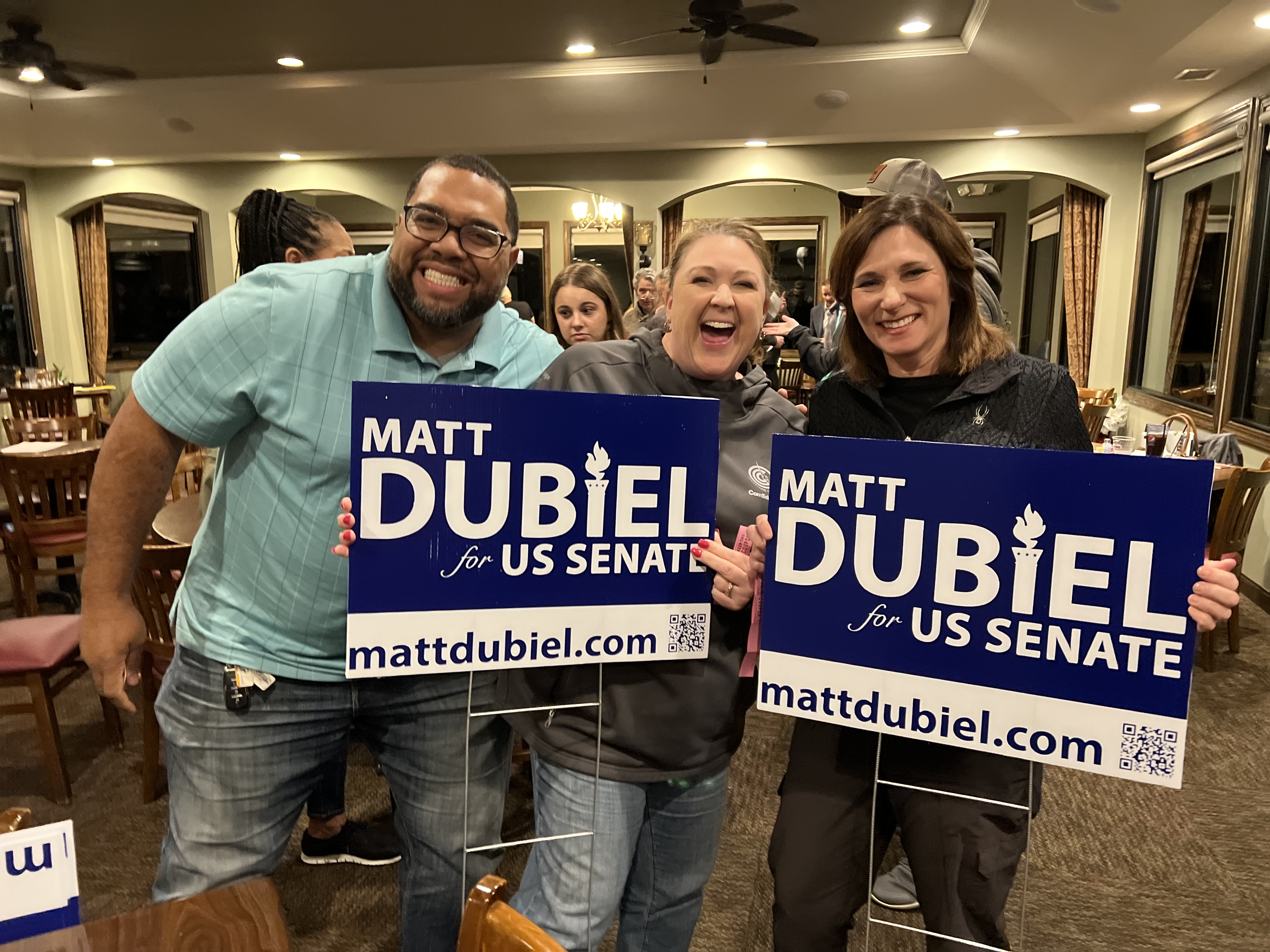